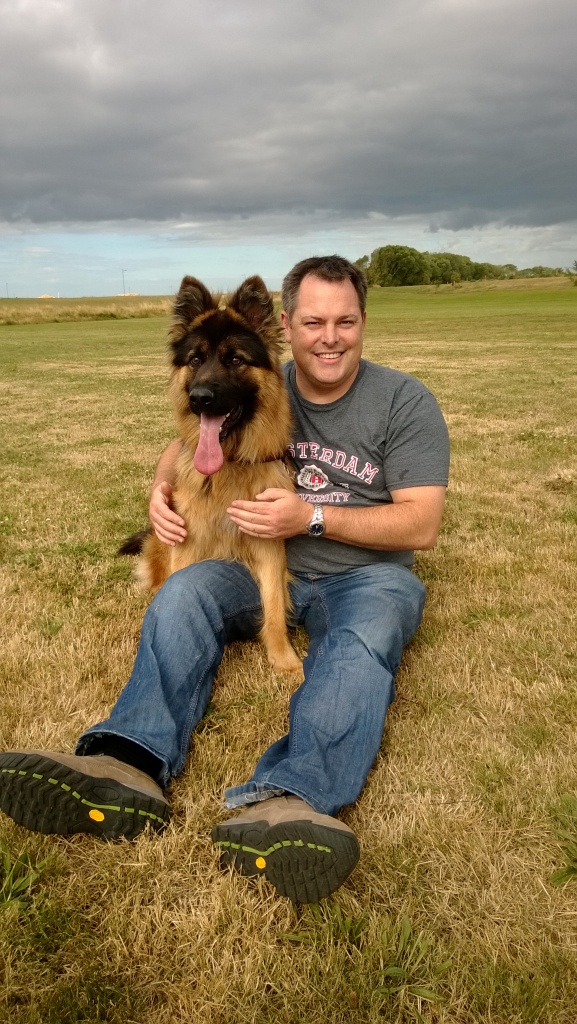 Steve is an international award winning emergency manager with a number of specialties including animal disaster management. He was selected by as the subject matter expert on the topic for the Oxford Research Encyclopedia and Routledge Handbook on Animal Welfare. He is cited by other global thought leaders such as Dick Green, Mel Taylor, Annie Potts, James Sawyer, Gerardo Huertas, and his reports have been championed by high profile figures including Craig Fugate and Gareth Hughes MP. As New Zealand’s pioneering animal disaster researcher, he remains globally connected and has mentored many aspiring academics and practitioners, and is often interviewed by leading news outlets on the subject.

Prior to commencing his PhD with Otago University, Steve was the Chief Executive Officer of Wellington SPCA from September 2015 until it was merged into the Royal New Zealand SPCA at the end of October 2017. He previously worked for the Wellington SPCA nearly two decades ago as the youngest warranted SPCA Inspector in NZ history; he was the youngest and final CEO in their 133 year history. He led a nationally recognised organisation comprising over 80 staff and 1,100 volunteers who cared for over 6,000 animals across its Newtown and Waikanae Animal Care Centres plus administered the Wairarapa SPCA (including re-opening the Masterton SPCA centre). The Wellington SPCA was also home to the SPCA National Rescue Unit (formerly the ARU – Animal Rescue Unit), the country’s first technical animal rescue team, that he founded 20 years ago (then resurrected it when returning as CEO, but discontinued in 2021 following the national merger), which has rescued over a 1,000 animals from hazardous environments.

His skills and experience in co-ordinating a disaster response are sought-after internationally and he has responded to events such as the Samoan Tsunami (2009), H1N1 Lao PDR (2009), Typhoon Ketsana in South East Asia (2009), Christchurch Earthquake (2011), Super Typhoon Haiyan, Philippines (2013), Edgecumbe Flood (2017) and Australian Bushfires (2020). He has commanded/managed multi-agency rescue operations including Operation Poppy and Operation Edgecumbe.

He also led the development and teaching of a new series of postgraduate qualifications in emergency management at Massey University, in his former role as Assistant Director (Teaching) at the Joint Centre for Disaster Research; as well as developed the Graduate Certificate in Public Safety for the University of Canterbury. He has delivered emergency management workshops and projects in the United Arab Emirates, Oman, Nepal, Indonesia, Laos, Philippines, Australia, Fiji, Samoa, Thailand and the USA, and has assisted with humanitarian aid work in many of these countries. In early 2021, he was an Associate Professor/Director of the CQUniversity Emergency Response Innovation Centre in Townsville, Queensland, and later joined the Country Fire Authority as the Director of Training Performance and Governance.

He is the former Chair of the CEM Commissioner for the International Association of Emergency Managers (Oceania-Asia CEM Commission), founding and former Editor-in-Chief for the Journal of Search and Rescue.

He along with other leading academics have created GADMC, the world’s first animal disaster management conference (online) which was held in February 2021. This event was a huge success with over 40 presenters across 16 countries, with an audience of over 1,500 registered delegates. These herculean efforts won GADMC the 2021 IAEM-Oceania Partners in Preparedness Award.

He is also a founding member and the inaugural President of the International Technical Rescue Association (ITRA) and Co-Founder (and now Patron) of the Animal Evac New Zealand Trust, New Zealand’s only dedicated animal disaster management charity. He has peer-reviewed manuscripts for Animals, Journal of Search and Rescue, Australian Journal of Emergency Management, Australasian Journal of Trauma & Disaster Studies, Journal of Contingencies and Crisis Management, and the International Journal of Business Continuity and Risk Management. He has authored numerous state and national level submissions to government on animal disaster management including presenting a major report on animal disaster law reform to Parliament (NZ) with the assistance of Gareth Hughes MP and former FEMA Director, Craig Fugate.

Steve is now based in Australia. If you are thinking about developing a career or interest in animal emergency management, check out my advice here.

For further list of certifications held, visit my Rescue CV.